The infamous Rajat Gupta insider trading case might not have even been brought to bear if it hadn’t happened right after the financial crisis, Mr. Gupta said in an interview about his book ‘Mind Without Fear.’ He also said that financial market regulation in India is as good, if not better, than that in the U.S.. Excerpts:

In your book, you mentioned several times that you suspect that the outcome of your case would have been very different if it had happened at any other time rather than just after the financial crisis…

I suspect that the case may not have even been brought. There was not really any evidence. They spun a nice story and inundated with millions of pages of this and that. It was meant to confuse the jury. There wasn’t any real hard evidence other than hearsay and circumstantial evidence.

For example, take the idea that I called Raj Rajaratnam 16 seconds, or whatever, after getting out of a board meeting. Every board member I know, after getting out of a meeting, they call. Lloyd Blankfein himself said that he makes calls immediately after board meetings. He said he made calls within 15 seconds of the board meeting ending. Everybody does that. I called my secretary, I didn’t call Raj. He owed me something, papers, and I said ‘get me Raj.’ I don’t even remember what I spoke to him about. But they spun that story.

You still haven’t got an explanation for what happened to your investment in the company you had with Rajaratnam?

It went to zero. See, what he did was he withdrew his equity and he also took a lot of commissions, which was not the deal. The fund did really well in the beginning but it was a highly leveraged fund. I didn’t even have a signature authority. He withdrew all his equity and then there was very little equity left. And, there was some growth because it did very well. But when the markets turned, the banks liquidated because it was a leveraged position. In a partnership sense, I would have thought that if he was withdrawing equity, I would proportionally withdraw equity as well. He admits that in a phone call to his colleagues, saying ‘I withdrew all this equity, I didn’t tell Rajat, we have to make up some story.’ This is what he did. And then, he made up another story to me saying the bankers are taking haircuts, so he should go renegotiate with them, and we’ll be able to recover our equity. That also never happened. It was following all this that I made the call to him.

You feel they set their sights on you because it was right after the financial crisis?

Well, they couldn’t get any of the real culprits of the financial crisis. I was a well-known figure, it was headlines. And what was even worse was that they charged me a week before Rajaratnam’s trial and that trial became about me. Half the headlines were about me. It was bizarre. He was never charged on Goldman or P&G. They didn’t have any evidence. 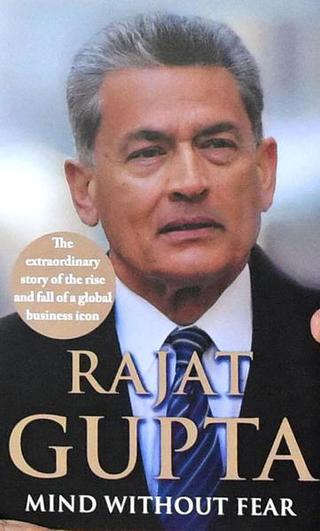 The case built against you was on the basis of the supposed tip off you gave to Rajaratnam about Warren Buffet’s investment in Goldman. But they didn’t charge Rajaratnam on it?

You are still appealing the case?

I lost my last appeal in January 2019, so now I think it’s over. I am exhausted with it all and I don’t have any appeals left.

What would you say is your main learning from all this? Is it to not do business with friends?

No, I wouldn’t say that. My main learning would be to be involved in the business you do. I trusted people too much. I gave a large investment and trusted somebody to manage it. You should be more hands-on with what you are doing. I think, in some ways, I could have paid more attention to my personal investments.

My needs and expenses were way less than what I earned through my life. I didn’t think so much about money. I had excess, so I invested it somewhere. One should be more careful about that.

There were other mistakes made. I should have never gone back to the Goldman board. I resigned from the board and then they begged me to come back on because of the Lehman bankruptcy. Once you decide to leave, you should not go back. In one taped conversation I said ‘a board discussion happened.’ Now, there was no inside information there but it was probably not the right thing to say. I shouldn’t have said that. There were mistakes.

You also mentioned in your book that you regret not testifying during the case. Could you run through the reasoning for not testifying?

I always told my lawyers that I wanted to testify. I kept telling them that I am the only person that knows the whole story, so let me tell the story.

They said yes, but they wouldn’t do anything.

A few weeks before the trial I said I am telling you I want to testify and we need to prepare… They were doing all this preparation for cross-examining their witnesses and all. I said I was going to be the central witness, so I also needed to prepare.

They kept saying okay we’ll do that, but we really recommend you don’t testify. This went on, and their heart was not in it.

I spoke to a number of people about whether I should testify and there was no clear answer.

What was the reason given for you to not testify?

They said [for] most people who testify, the history isn’t very good.

If you testify and the jury finds you guilty, they will give a harsher sentence because they’ll think you lied on the stand.

They said you’ll be open to all kinds of questions… My regret is that I got beaten down by them.

So, this book is your testimony?

Let me put it this way. This book is the story as I see it and what I was going through. Nothing in that book contradicts any facts about the case. The government will admit everything that is stated. It’s the interpretation…

Apart from time lost, do you feel the reputational loss will hurt with regard to your future endeavours?

People have given money if they are rich, but I was able to build a coalition. We raised ₹200 crore to start with for Public Health Foundation of India, we have probably invested about ₹500 crore in ISB. That was based on my reputation and my credibility, mostly.

I don’t think I have that available to me now, although many people still believe in me. But I don’t think I want to do that any more. I don’t have the energy for it.

Amazon India gets rid of single-use plastic in packaging

Facebook picks up 10 per cent stake in Reliance Jio for Rs 43,574 crore