The actor discusses reprising Kangana Ranaut’s role in That is Mahalakshmi, and traversing the thin line between mainstream and art cinema.

It’s sizzling at 4 in the afternoon, but there’s no sign of weariness in Tamannaah’s voice.

She’s had a good start to 2019. Both F2 — Fun and Frustration and Kanne Kalaimaane, her releases in Telugu and Tamil respectively, have got her praise, and she awaits the release of Devi 2 with Prabhudeva and That is Mahalakshmi, the remake of Queen. Sye Raa Narasimha Reddy, the Telugu historical period film produced by Ram Charan, is another project.

It is getting harder to typecast the actor, for while she portrayed the commercial heroine in F2, she also played the Co-optex sari-wearing rural banker, Bharathi, in the latter. Straddling genres is something Tamannaah has always done with ease. For every Kalloori and Happy Days that were all soul, she had a Padikkathavan or Ayan, massy big-budget entertainers.

Tamannaah has been shooting non-stop, living out of a suitcase and making public appearances without a break. But the enthusiasm is intact.

“I don’t differentiate between commercial and artistic cinema, because both demand similar effort. A simple, realistic character is not easy to portray, and it is equally difficult being a mainstream heroine. They serve different audiences, and I’m lucky I can switch zones,” she says.

Right now, Tamannaah is being approached for films with a strong female lead.

“As an actor, I invest myself equally in all my films. Sometimes, you get a whiff of success even when a film is being shot. Most of the time, it’s a calculated gamble. You can only do your job and let the audience decide on a Friday.”

For someone who grew up on film sets — she made her debut at the age of 15 in Bollywood, in 2005 — Tamannaah knows why one must keep reinventing.

“You have to take a call on improving your job, your life,” she says. Both industry insiders and her famous friends talk about her work ethic. They say she is grounded. In a recent interview on a streaming channel, actor Shruti Haasan had named her an ideal date. “Actually, if I were a man, I would marry Tammy. She is such a good girl, I won’t let her go easily,” she had said.

The actor recalls that as a young girl, she was result-oriented. Learning the local language was one such early call. 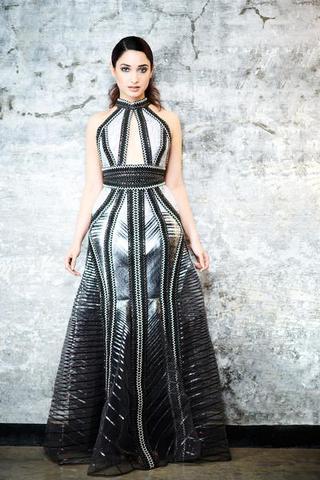 “I wanted to feel part of the place. I knew it would help me forge bonds, and that work would be easier. I spoke to everyone in what I thought was Tamizh and Telugu; I’d mess up gender, nouns and verbs… but I’m happy to make mistakes and learn.” Today, she speaks both languages with casual ease.

Understanding something in totality is important, she says. This is why she revisits her earlier work and subconsciously takes notes.

For Kanne Kalaimaane, where she teamed up with Seenu Ramasamy, one of the directors who always showcases her differently (think Dharmadurai), she inspected the weaver tags of her saris to find out more about the people behind it. “I had a short academic life; I never went to college; so this kind of learning helps me stay a student for as long as I wish to,” she says.

Of gold and rhyme

The actor is open to “different platforms… and trying other things”, but what matters most to her is the people connect.

“I’ve never had the kind of positive response that Kanne Kalaimaane has given me,” she says. “So many people related to my character.” Tamannaah also believes in “not taking yourself too seriously”. Stardom comes with its criticism and adulation, she agrees. “But you have to enjoy the process.”

That said, perhaps the only time she has publicly expressed her displeasure was a few years ago, in response to director Suraaj’s crude remarks against actresses and their costumes. She had worked with him in Kaththi Sandai, and wasted no time in issuing a stern statement. 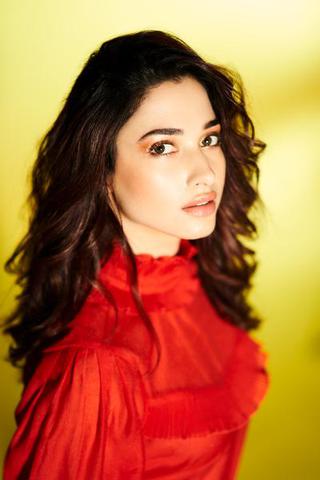 “There are too many opinions around and one more does not make a difference. But it became important to speak then, because I don’t think he understood the full import of his words. I was glad to see his apology. I’m glad awareness was raised without disrespecting anyone,” she says.

Among her future releases, That is Mahalakshmi is close to Tamannaah’s heart, for it resonates with many Indian women.

“I have never done a solo trip in my life, and people in any field will relate to Rani’s character (in Queen). My job was to make it more Telugu.”

Setting it in a local context comes naturally to her. After all these years, she can effortlessly make her way around Hyderabad and Chennai. “And if I ever get lost, I’m sure my fans will step in to help,” she smiles.