Electioneering is gaining pace in the Mavelikara Parliament constituency. Both the United Democratic Front (UDF) and Left Democratic Front (LDF) are engaged in a pitched battle, where the National Democratic Alliance (NDA) is set to give them a tight fight.

The UDF has given ticket to Congress leader and incumbent MP Kodikunnil Suresh for the third time in a row.

In a bid to wrest the seat, the LDF has fielded Chittayam Gopakumar, the Communist Party of India (CPI) MLA representing Adoor.

In the NDA, the Bharat Dharma Jana Sena (BDJS) has been given the Mavelikara seat. The party is yet announce its candidate for the seat.

Both the LDF and UDF candidates have been touring Assembly constituencies of Mavelikara and meeting as many voters as possible. Last year’s devastating floods, women’s entry to Sabarimala, and performance of the Union and State governments are some of the key issues being raised by the political parties.

Meanwhile, the LDF alleged that the Congress and the BJP had forged an unholy alliance in the constituency to defeat its candidate. 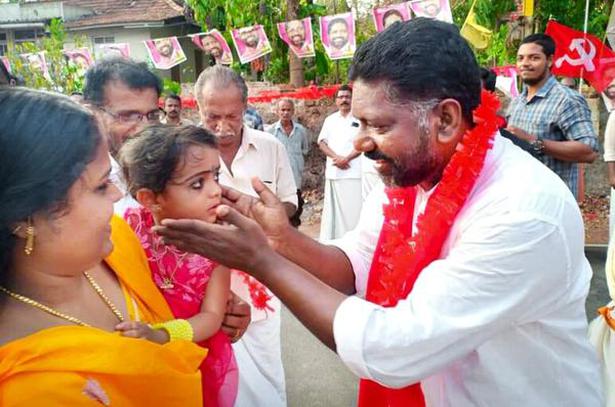 LDF election committee president Saji Cherian, MLA, said that the BJP’s decision to hand over the seat to the BDJS was aimed at helping the Congress candidate in the elections.

“The BJP had included Mavelikara in the prestige constituencies’ list. However, they later decided not to field a candidate from the seat and gave it to the BDJS.

Their aim is to field a weak candidate and sell BJP votes to the UDF candidate. The BJP is showing a soft corner towards Congress candidates in the State as they know the party can bring anyone from the Congress into the BJP fold at any time,” Mr. Cherian said.

He also said that the Congress had lost its credibility in the fight against communalism.

“The real face of the Congress should be revealed. By hammering out a secret pact with the BJP, the Congress party has failed in fighting communalism. Only the Left front is taking a strong stance against the BJP’s communal politics,” he added.