The court held that two top Election Commission officials had “played a fraud in connivance with the ruling party” by accepting the AIADMK supremo Jayalalithaa’s thumb impression on the candidate’s nomination papers.

The Madras High Court on Friday set aside the election of A.K. Bose (since deceased) of the AIADMK from the Tirupparankundram Assembly constituency in a bypoll conducted in November 2016, when Jayalalithaa was hospitalised. It held that two top Election Commission (EC) officials had “played a fraud in connivance with the ruling party” by accepting the AIADMK supremo’s thumb impression on the candidate’s nomination papers.

Justice P. Velmurugan came down heavily on the then Chief Electoral Officer (CEO) Rajesh Lakhoni as well as Principal Secretary to the EC K.F. Wilfred in his judgment on an election petition preferred by Madurai-based oncologist P. Saravanan of the DMK. The judge allowed the petition and set aside the election of Bose, though he died on August 2, 2018 when the case was pending.

After his death, two voters from the constituency stepped into his shoes, as provided for under the Representation of the People Act of 1951, and continued to defend his election. The prime ground on which the petition had been filed was that the EC ought not to have accepted Jayalalithaa’s thumb impressions on Forms A (for getting party symbol) and B (declaration of official candidate of a party) submitted by Bose since the rules permit only signatures in ink. 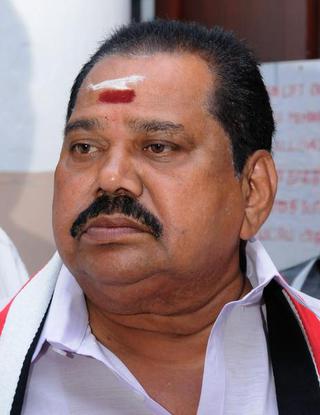 Accepting the ground, the judge said, the ECI officials had accepted the thumb impressions certified by a government-nominated doctor solely on the basis of a letter submitted by party presidium chairman E. Madhusudhanan. They had not bothered to even call for medical reports to verify attesting government doctor P. Balaji’s claim that Jayalalithaa’s right hand had got inflamed and hence her left thumb impressions were obtained on the forms.

The process of attestation should also have been videographed and produced before the Returning Officer and in the court, the judgment read.

“If at all only due to medical condition of Ms. Jayalalithaa, the Election Commission had granted permission to obtain her thumb impressions, it should have specified any one of the officers belonging to an administrative service not below the rank of sub-divisional officer in whose presence such mark may be placed… No medical officer as stated by the Election Commission in its letter dated October 27, 2016 is a competent person to attest the thumb impression,” he added.

Interestingly, stating that it was not known whether the thumb impressions were that of Jayalalithaa and whether she had affixed them consciously, the judge remarked: “It is fortunate for the returned candidate and all the persons who aided and assisted him that Jayalalithaa is no more. At least, if she was alive, this court could have extracted the truth regarding the thumb impressions affixed in Forms A and B.”

The judge also said Mr. Lakhoni had not applied his mind before recommending acceptance of the thumb impressions, and had acted “as a mouthpiece of the ruling party”, forgetting the fact that he had to actually perform his duties on behalf of a constitutional authority. The officer had also influenced the Returning Officer of the constituency to accept the defective nomination forms, which vitiated the entire election, he added.

Immediately after the death of Bose last year, Dr. Saravanan filed an application before the court to declare him as the winner from the constituency since he was the runner-up in the byelection held on November 19, 2016. The court was told that the returned candidate had secured 1,13,032 votes in the bypoll, as against the second highest number of 70,362 votes polled by the election petitioner, and defeated the latter by a margin of 42,670 votes.

Dismissing the application on Monday, Justice Velmurugan said such a declaration could not be made by the court. Though it had been held that the election of the returned candidate was invalid, null and void in view of procedural lapses in the acceptance of his nomination, that would not lead to a conclusion that the voters in the constituency would have wanted to return the runner-up in the election to the Assembly, the judge pointed out.

The present election petition was one of the fastest cases to be decided by the High Court and it had gone through several twists and turns. Initially, when the election petitioner doubted the genuineness of the thumb impressions and whether Jayalalithaa would have consciously affixed them, the court in October 2017 summoned Dr. Balaji, who deposed on oath that she had affixed the thumb impressions on her own after he read out the contents to her.

Subsequently, the judge called for the thumb impressions of Jayalalithaa from the Parappana Agrahara central prison, where she had been lodged for quite some time after her conviction in a disproportionate assets case, as well as from Unique Identification Authority of India for cross-verification. However, on an appeal preferred by Bose, the Supreme Court directed the High Court to decide the election petition without any cross-verification.