Actor Laila, who is making a comeback to films after 13 years with the Raiza Wilson-starrer ‘Alice’, reveals unknown sides to her persona

Laila Fernandez-Dashti has a contagious laugh. It is hard to find an interview of hers where the reporter has not added, “says Laila, even as she laughs”.

Naturally, I went prepared. And began by asking if she has ever gone without laughing for more than a minute? “Get your pen out, you will want to know this story,” she says. Even as she laughs.

Her story takes us back 17 years, to when she was filming Pithamagan, alongside Vikram, Suriya and Sangeetha Krish, in Theni.

“Vikram had challenged me, as to how long I’d be able to manage without laughing. And I always take up a dare,” she recalls.

Vikram pulled out a stopwatch, and it began.

“I kept a straight face for 45 seconds, and by the end of it, I had tears rolling down my face. I remember Vikram exclaiming, ‘Oh my God, you stop Laila from laughing, she starts crying!’ To be fair to me, Vikram was very unfair. He did all he could to make me laugh,” she says. Laila with Ajith Kumar in the A R Murugadoss film ‘Dheena’

But, she is poised to make her comeback with the Yuvan Shankar Raja production, Alice, that has Raiza Wilson in the lead. It is touted as a horror-thriller, and Laila is set to start shooting for the film — which has no male leads — by end of May.

“I liked what the director (Mani Chandru) had come up with. It is a really interesting script. I always go with the director’s narration because I can make out if he is capable of seeing through the ideas in his head on screen,” says Laila.

Though she tries her hardest to remain tight-lipped about a film which is still in the pre-production stage, I try to fish for news.

Is she the antagonist? “Nice try, but I’m not telling you,” she says.

Has the character got grey shades? “It has got all shades. It is an interesting role. But I’m still not telling you what Laila is doing in the film,” she laughs.

Does she spook children in the movie? (After collecting her breath)… “No, I’m not scaring children in Alice. It is a sophisticated horror movie. There is no crime element to it, there are sentimental elements. I can’t tell you. You’re digging,” she warns, with a smile.

Is there a flashback? “There is. I’m in it. But I’m also in the present day. Okay, stop digging now!” she insists, before laughing.

Laila is on the small screen these days, as a talent judge (alongside Sudha Chandran and Sneha).

This dance reality show for children on Zee Tamil is what makes her come down to Chennai from where she lives — Mumbai.

“My God! These kids are amazing. They’re like five years old, and they’re doing backflips, cartwheels, and forward flips without using their hands. They’re crazy,” she exclaims.

Enjoying the little performers in their element is the best part of her gig. The worst part? Eliminating them from the show.

“It breaks my heart to judge people. It is terribly hard. There was this child who we had eliminated first. We had to hug and pacify her once the cameras were off. At one point, she clung on to me for a good 20 minutes, and just sobbed. I was like, ‘I have the worst job in the world. How can you make a child cry, Laila?’,” says the actor, who is mum to two boys, Darian (12) and Keyan (9).

That said Laila doesn’t go easy on adults, whom she loves to play practical jokes on. 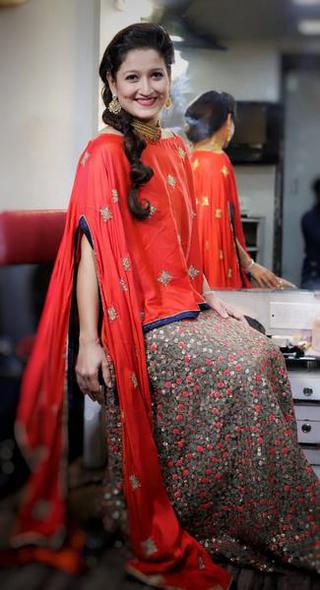 Unsuspecting victims have included co-actors, like J D Chakravarthy. She recalls an incident from the sets of her 1997 debut Telugu film Egire Paavurama.

Chakravarthy and Laila were staying at a forest officer’s guest house in Araku valley. “He was a bit nervous about staying alone in the middle of a forest. I told him I was right next door, and if he was scared, he could bang on my door and scream for help,” she laughs.

Once Chakravarthy dozed off, the prankster in her went around the back of the building, climbed up a wall, pulled a branch of the tree — “which looked like a hand” — and stuck it through the grill of his window. “I moved the curtain, and went ‘Chaakkkriiiiiii’ (in an eerie voice).” A startled Chakravarthy, jumped out of his bed and ran out of the room screaming.

“I hope he doesn’t see this interview,” she says, as an afterthought. And then laughs.

Commoners weren’t spared either. “In Chennai, I used to drive around, and randomly stop and ask for directions from people. In the middle of giving me directions is when they’d realise, ‘Oh, it is Laila!’, and right at that moment, I’d say thank you anna, and drive away,” says the actor, who is candid enough to admit her tomboyish streak.

Geek for a lifetime

A psychology major, Laila is married to Iranian-origin businessman Mehdi Dashti, who she dated for nine years before getting hitched. 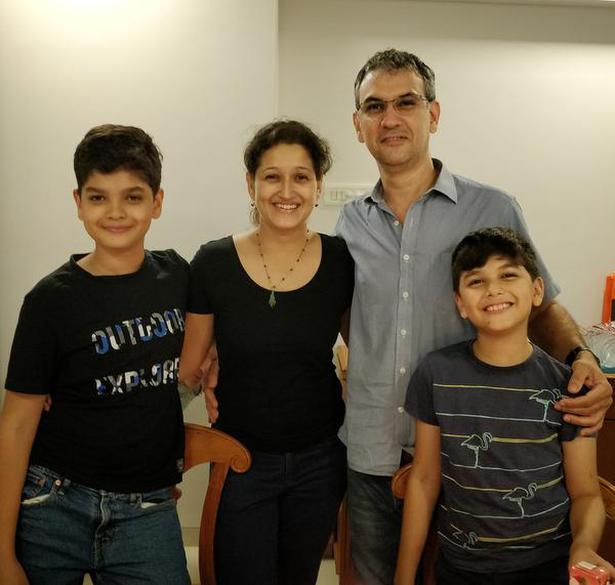 What would he have thought of this woman who laughs uncontrollably during their first date? “You’d have to ask him that. He married me ultimately,” she bursts out laughing.

She is also a computer geek, and built her own powerful computer that her friends nicknamed “the monster machine”; its components could not be contained in a box due to heating issues. “Building my own computers was an expensive hobby,” she says.

Her children too take after her. “Darian has just finished a Python course. Keyan is into multimedia, and visual arts. I’ve made sure they do coding, and they know programming. I see these as opportunities for them that I never got in my life,” she concludes.