Comedy is their forte, but they have often proved that they are capable of much more

One has been around for a while. The other arrived on the scene much later.

Comedy is a strong point for both, but they have often proved that they are capable of much more. On Wednesday, Jayasurya and Soubin Shahir won their maiden awards — for the best actor — at the State film awards. None would grudge them.

For Jayasurya, this has been one recognition he has had to wait for quite some time, though he had come close three years ago, with Su Su Sudhi Vathmeekam — which remains one of his finest performances — and Luka Chuppi; he had to be contended with the special jury award.

A year before that, he had mounted a challenge for the acting honours with Apothecary. That was the period when he had begun to explore fresher avenues as an actor.

He had proved his credentials as a bankable star at the box office, had established himself as an eminently likeable hero, especially in roles that had scope for humour, and had tasted success as a producer too.

Jayasurya was constantly on the look out for roles that could stretch him. It was that urge that led him to films like Captain, a biopic on the late Kerala footballer V.P. Sathyan, and Njan Marykutty, in which he played a transsexual.His efforts did not go in vain: the jury found them good enough to name him the best actor.

The jury could not have ignored the ease with which Soubin played the manager of a struggling ‘sevens’ football team in Malappuram in Sudani from Nigeria, undoubtedly one of the finest pieces of cinema to come out of Kerala in recent time. 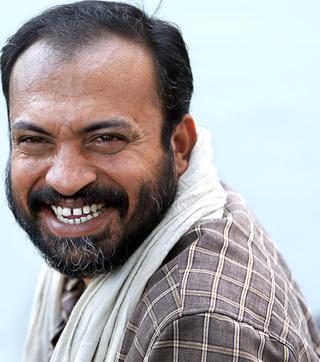 Among them was casting. And from among the talented — though mostly raw — talented cast, Soubin stood out.

It wasn’t the most intense of roles — the like of which usually win the awards — but it offered scope to interpret several poignant and comic moments. Soubin met that challenge with aplomb.

He could make the viewer smile and feel sad. With his earlier films like Premam, Chandrettan Evideya, Maheshinte Prathikaram and Anuraga Karikkin Vellam, he had showed that he was one of the finest comedians of his generation.

Sudani from Nigeria has presented him in a different light. Kumbalangi Nights, Soubin’s latest film that is running in cinemas now, proves he continues to grow as an actor.

In battle mode, to keep Nipah at bay