The pace duo of Jhulan Goswami and Shikha Pandey skittled out England for a paltry 161.

Then the stylish Smriti Mandhana, Punam Raut and Mithali Raj wielded their willows to help India score an emphatic seven-wicket win in the second ODI of the three-match ICC Women’s Championship series at the Wankhede Stadium here on Monday.

With Jhulan and Shikha sharing eight wickets, the home team clinched the series with the final match to be played on Thursday.

Jhulan has been India’s premier strike bowler for eighteen years and on Monday the world’s highest wicket-taker in ODIs, scalped four victims for the eighth time.

Jhulan was chosen as the Player-of-the-Match ahead of Shikha’s remarkable and career-best effort.

Reacting to the choice of the player of the match at the press conference, Shikha, said: “I am above all that now, I would say. It doesn’t really matter to me whether I am the Player-of-the- Match or not. 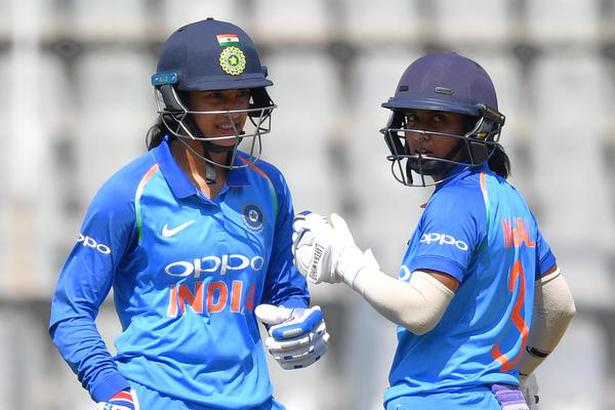 “We have won the series and that’s more than enough. I have been able to contribute to it and hence for me, I am the Player-of-the-Match.”

India took command of the proceedings after England opted to bat.

The 29-year-old Shikha dismissed Amy Jones in the second over and then evoked a false stroke from Tamsin Beaumont in the 14th over with Deepti Sharma converting a superb running catch at square-leg. In her second spell, she sent back Gerogia Elwiss and Katherine Brunt.

Jhulan removed Saray Taylor, who inside-edged the ball on to the stumps while attempting a drive, and the England skipper Heather Knight.

And when Natalie Sciver resorted to some bold hitting during England’s best-ever partnership for the 10th wicket, Jhulan trapped her in front to bring an end to the visitor’s innings with 39 balls remaining.

India lost Jemimah Rodrigues with just a run on the board, but Smriti took control of the chase with some lovely front-foot shots between cover and mid-off and added 73 with Punam Raut.

Smriti’s another valuable stand with Mithali Raj — 66 for the third wicket — clinched the match in under 42 overs.

INRC for cars all set for a big leap