With hardly a week for the annual Mandalam-Makaravilakku season at the Sabarimala Ayyappa temple, it is not all rosy for the Travancore Devaswom Board (TDB) to ensure a smooth season.

Lack of coordination among government departments, agencies, and the TDB in planning and executing arrangements for the annual pilgrim season has been blamed for the poor state of affairs.

The government’s resolve, as reiterated by Chief Minister Pinarayi Vijayan in the Assembly, to implement the Supreme Court verdict permitting entry for women of all ages to the temple has triggered concerns of yet another tumultuous pilgrim season among the faithful.

There have also been reports that a group of women activists from Tamil Nadu, who made an abortive attempt to reach Sabarimala last year, are planning to come during the Mandalam season.

Pilgrims apprehension on these counts have been attributed to the lukewarm response to virtual queue registration for holy darshan.

Though there is heavy rush of devotees at Sabarimala during the five-day monthly pujas, similar to that of the pilgrim season, authorities had been found wanting in providing basic facilities during the period.

The plea of pilgrims for more drinking water kiosks at Pampa, Sabarimala, and the trekking path, against the backdrop of the ban on PET bottles, still remain unattended. 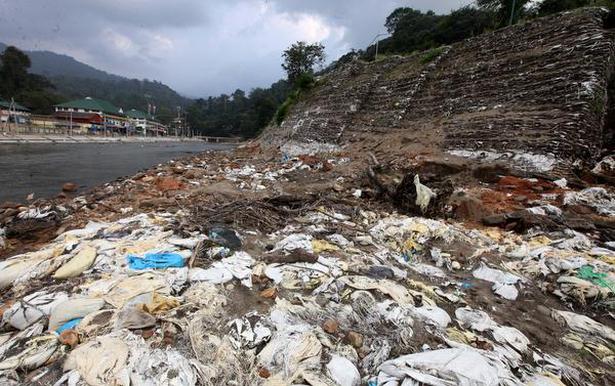 Though the High Power Committee (HPC) for implementing the Sabarimala Master Plan and the TDB have promised to start work on a cargo ropeway linking Pampa hilltop with the Sannidhanam after the last pilgrim season, the project remains a non-starter.

Similarly, works on the Annadana Mandapam at Sabarimala that began in 2016, with a gestation period of 18 months, too have been dragging on.

The TDB used to auction off space for running 11 hotels at the Sabarimala Sannidhanam, earning good revenue in the previous years.

However, board sources said there were not many takers for the licence to run hotels at Pampa and the Sannidhanam, collection of broken coconuts, and sale of coconuts etc., through e-tender invited by the TDB this year.

The board could auction off only one hotel at Sabarimala and another one at Pampa so far.

Traders attached to the Sabarimala Vyapari Vyavasayi Ekopana Samiti (SVVES), an association of shop and hotel owners at Sabarimala, said they suffered huge losses due to the low pilgrim turnout due to protests by the Sangh Parivar on the women entry issue and the curbs imposed by the police at the pilgrim centre last year.

SVVES treasurer Jayakumar said business was down to 30 to 35% last year when compared to that of the previous seasons.

The shortage of hotels and eateries is likely to create problems for the devotees if the authorities fail to sort out the issue quickly.

The TDB had suffered heavy loss as it failed to get the expected revenue by way of auctioning of spaces for commercial activities during the previous pilgrim season owing to the deluge that wreaked havoc at Pampa.

Though the TDB had auctioned shops, hotels, and other commercial activities at Sabarimala, Nilackal, Pampa, and along the trekking path at ₹37.81 crore last November, the board is yet to receive ₹14.7 crore from licensees, official sources said. The waste disposal mechanism is inadequate, affecting public health and environment for the past several years. New sewage treatment plants at Pampa and Nilackal as prescribed in the Sabarimala Master Plan are still at proposal stage.

Sabarimala shows a way of life. In these troubled times, the relevance of its message of timeless spirituality, equality, and brotherhood endures. The Ayyappa temple is one of the few Hindu temples that welcome people of all faith. A pilgrimage centre also houses a shrine dedicated to a Muslim saint, Vavar.

A mosque having close association with Sabarimala plays host to Ayyappa devotees as they engage in the customary Petta-thullal at the base camp of pilgrims at Erumeli as part of the annual pilgrimage to the sacred grove.

Meanwhile, Special Commissioner appointed by the Kerala High Court at Sabarimala M.Manoj has sought the court’s intervention as the TDB failed to auction off hotels and commercial establishments at Sabarimala and base camps.

Mr. Manoj says the situation will affect TDB revenue and put the pilgrims in difficulty.

He says the Civil Supplies Corporation, Consumerfed, Indian Coffee House, and cooperative agencies should be roped in to run shops, hotels, and refreshment stalls at the pilgrim centre and to procure articles such as coconut and rice received as pilgrims’ offerings.

Sabarimala is yet to have a comprehensive and foolproof pilgrim management system.

The TDB, Forest Department and the HPC play key roles in providing basic pilgrim facility at Sabarimala. The conflict of interests of these three stakeholders have been blamed for the state of affairs.

Absence of a competent administrative system that could ensure basic needs of the pilgrims is a major issue at Sabarimala.

The State-sponsored temple administrative body with politically nominated members lacks consistency. This has also been cited for the lack of commitment to the cause of pilgrims.

Many experts and commissions have suggested the need for an independent executive authority, headed by an IAS officer with technical background and administrative acumen, to set the things right at Sabarimala.