You can never tell in cricket. It throws up surprises, tossing aside pre-game predictions about probable match-winners.

Who would have thought that among the galaxy of stars that both Mumbai Indians and Chennai Super Kings possess, the rather unsung Suryakumar Yadav would emerge as the biggest game-changer in as significant a game as IPL’s Qualifier 1.

The 28-year-old Suryakumar has been around for quite some time now — he made his First Class debut for Mumbai in 2010 — but despite exceptional stroke-making ability, has never quite received the opportunities he deserved.

In fact, he has often been in the news for the wrong reasons — for run-ins with cricket authorities, including selectors in Mumbai. The rather outspoken Surya never shies away from airing his views.

The Mumbaikar can be expressive with the willow too, Like he was at Chepauk on Tuesday night. His unbeaten 71 in a chase of 132 on a pitch assisting spinners closed out the game for Mumbai Indians. 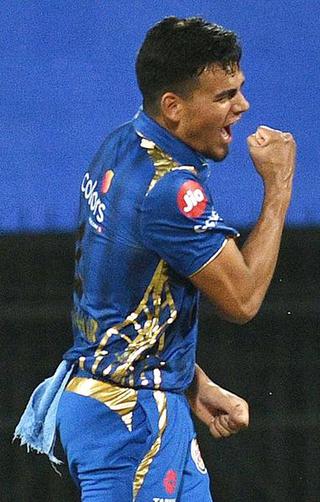 Crucially, the right-hander was light on his feet and decisive with his stroke-play. He sashayed down the track or went right back depending on the length and countered turn with judicious aggression underlined by balance and a still head.

The striking aspect of Surya’s batting is his straight and fluid back-swing from a rather high back-lift and his terrific bat speed. He is strong on the off-side with drives and cuts and is fluent off his legs.

The IPL, to its credit, gives opportunities to experienced domestic hands to showcase their ability on the big stage and Surya has grabbed the chance with both hands.

Mumbai Indians had another hero under the lights in Chennai. The 19-year-old leg-spinner Rahul Chahar, a bowler with immense possibilities.

Skipper Rohit Sharma has displayed confidence in Rahul and the leg-spinner has thrived in the high-pressure IPL where spinners are vulnerable.

Someone who has grown up watching videos of his hero, the legendary Shane Warne, Rahul has learnt to bowl with control.

The lanky bowler extracts bounce with his high-arm action. Apart from the leg-spinner, Rahul possesses a useful top-spinner and bowls an effective googly even if it is not as well disguised as those bowled by Rashid Khan.

Rahul is, normally, quicker through the air but can deceive batsmen with flight, dip and turn as M. Vijay found out on Tuesday. It was a classic leg-spinner’s dismissal where the bowler got the delivery to hang in the air and turn off the surface.

Earlier, in the innings, in the third over of the innings, Rahul had snared the in-form Faf du Plessis on the cut after Rohit had boldly tossed the ball to the leg-spinner.

The young Rahul contained and struck in a high-stakes game. He is here to stay.