Anil Srinivasan has spent most of his weekends this year in cities like Salem, Madurai and Tirunelveli, auditioning over 340 children for the Tamil Nadu edition of ‘The Pianist’.

The city-based musician has travelled across the state to make this unusual competition — introduced by keyboard giant Casio and already three editions old in the Northeast — accessible to everyone. “Instead of having children travel to Chennai, we went to them,” he says. “I wanted to break the city bias.”

The contest was originally designed to bring a certain level of glamour to the world of pianos. “Thanks to a lot of reality shows, singing has [many] outlets,” says the popular pianist.

“But what about piano, composing, playing the drums? In today’s world of marketing, a competition format tends to work well.” At the auditions, each performer — between the ages of six and 17 — was given between three and five minutes to exhibit their musical prowess. 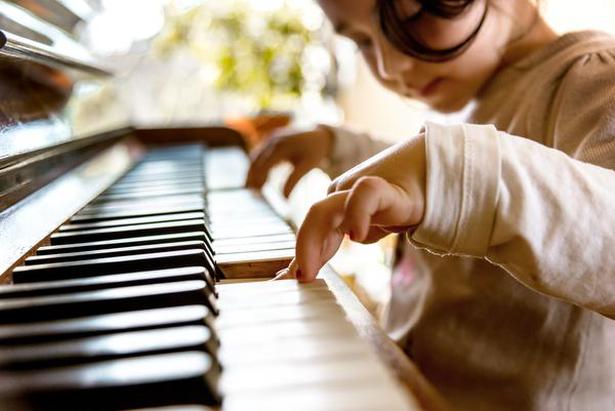 “It broke my wrist,” jokes Srinivasan, who wrote feedback for every child. The spectrum of talent, he adds, “blew me away”. There was the 15-year-old from Salem who followed up his impressive rendition of Chopin’s polonaise with his own original compositions, and Arun from Nagercoil, who, after performing ‘Alaipayuthey Kanna’, revealed that he had taught himself to play Carnatic music on the piano by watching Srinivasan’s performance videos.

One Kerala-based student had convinced his school to postpone his exams so he could travel to Coimbatore for the auditions.

“Western classical music was a favourite, especially pieces that the kids were preparing for exams like Trinity, but there was a lot of diversity… Jazz, Carnatic, original compositions,” he says. He recalls how a child performed a highly improvised version of the Pirates of the Caribbean theme song. “Another kid in Salem played a very complicated piece by Jean-Philippe Rameau that even I wouldn’t attempt,” he laughs.

Today, Tamil Nadu’s largest hunt for its next piano prodigy draws to a close and 36 finalists — equally distributed between three categories (beginners, intermediate and advanced) — will perform to a public audience. The repertoire will be varied, promises Srinivasan, who will serve as judge, along with Adam Greig (faculty at KM Music Conservatory) and Augustine Paul (music director of the Madras Musical Association Choir). Music director Santhosh Narayanan will be the chief guest.

In addition to receiving a piano, the winner of the advanced category will open for Srinivasan in three concerts this year. “I also want to see if the finalists — especially those from other cities — can get more mentorship,” he adds. Owning a piano and getting trained by the best teachers can be an expensive proposition. Srinivasan believes that the format of ‘The Pianist’ serves as a leveller of privilege. And what makes this competition different to its international counterparts (like Switzerland’s Jeune Chopin, which draws many young prodigies from musical conservatories) is the emphasis placed on enthusiasm rather than execution. “No competition in the international scene deals with so many people trained at an amateur level,” he says. “Not all of these kids are interested in a career in the piano.”

And that’s why he insisted on casting a wide net, rewarding effort over outcome. “It’s unfair to expect a child from a small town to perform at the same level as a kid who grew up in an elite background.” A show like this, he hopes, will help democratise the piano.

‘Indian 2’ shoot to resume after elections

Parvathy is the best actress in Malayalam: Bobby-Sanjay

‘Thadam’ review: A taut thriller that keeps you engaged till the end

‘Devarattam’ review: a violent film where the violence serves no purpose