Game of Thrones is coming back. On that note, it’s simultaneously easier and more difficult than ever to watch your favourite TV shows. On one hand, it seems as if anything that’s ever been recorded is streaming. On the other hand, these shows are spread across myriad platforms, each requiring a subscription to access.

That might be one reason Game of Thrones is so often watched illegally, as it’s only available on HBO and its streaming service, both of which require their own subscriptions. The show’s seventh season was pirated 1.03 billion – yes, billion – times as of September 2017. That season’s finale alone was illegally watched 120 million times in the three days after it aired, either via download or unlicensed streams. For comparison, that same episode broke a series record for most legal viewings through live television or HBO’s streaming platforms, clocking in at 16.5 million views.

“Game of Thrones” wasn’t the most pirated show of last year, but that’s likely because it didn’t air any new episodes in 2018. According to TorrentFreak, that distinction belonged to “The Walking Dead,” followed by “The Flash.” It’s probable this will change soon, however, as HBO prepares to launch the final and most-anticipated season of “Game of Thrones” on April 14.

“‘Game of Thrones’ has become one of the biggest global entertainment phenomena of today, and activity across piracy networks has been totally unprecedented,” Andy Chatterley, CEO of the anti-piracy firm MUSO, which released these figures, said in a statement. “In addition to the scale of piracy when it comes to popular shows, these numbers demonstrate that unlicensed streaming can be a far more significant type of piracy than torrent downloads.”

HBO has always attempted to battle piracy, perhaps more so than other networks. For years, the company has sent letters to internet providers of pirates, asking them “to inform the subscriber that HBO programming can easily be watched and streamed on many devices legally by adding HBO to the subscriber’s television package.”

As the numbers show, these efforts haven’t been particularly effective. Common sense would suggest that the rise of streaming would help curb piracy, but it actually might have had the opposite effect.

“Game of Thrones” is likely one of the final extremely popular shows in what’s come to be known as the Golden Age of Television – which began roughly with “The Sopranos” at the turn of the millennium. That age coincided with the rise of piracy. As internet speeds increased and services such as BitTorrent became somewhat mainstream, there wasn’t much to stop fans from illegally downloading shows, particularly since doing so rarely resulted in legal action.

Individual shows might be more susceptible to piracy if viewers aren’t interested in the other fare offered by its channel. A subscription to HBO, after all, also includes shows such as “Big Little Lies,” “Last Week Tonight with John Oliver” and many others – and it might not be worth the money if a fan is only interested in “Game of Thrones.” The HBO Now app is relatively new and isn’t available everywhere. It didn’t reach Canada, for example, until 2018.

That’s why Josh Randell, a resident of Corner Brook, Newfoundland and Labrador, pirated the show in 2017, despite receiving two warnings from HBO via his internet service provider.

“It’s just not viable for me to spend 150 bucks for HBO. It’s never been easier, then why can’t I get it easy?” Randell told the Canadian Broadcasting Corp. in July 2017. “The content creators deserve their money. But I want to pay for the content I want, not the content I want plus a bunch of extra crap.” 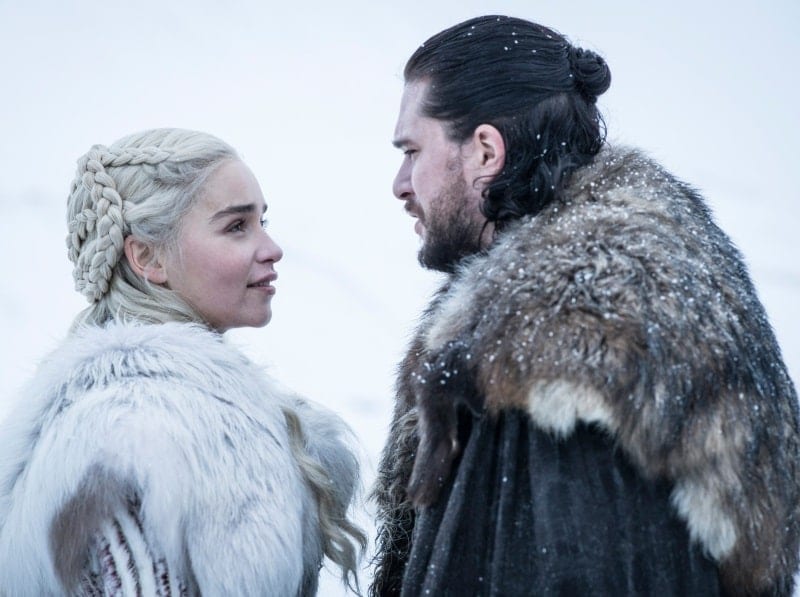 Some researchers, however, argue that a limited amount of piracy could be positive for HBO, at least in some countries. In Europe, HBO is often provided through a British telecommunications company called Sky. Antino Kim, Assistant Professor of Operations and Decisions Technologies at the University of Indiana’s Kelley School of Business, argued in a 2018 study that Sky might want to raise prices on HBO, but the ease and availability of pirated episodes of shows such as “Game of Thrones” prevents them from doing so – otherwise, they might lose more customers who are willing to take the risk of piracy.

“Our results do not imply that the legal channel should, all of a sudden, start actively encouraging piracy,” Kim wrote. “The implication is simply that, situated in a real-world context, (HBO) and (Sky) should recognise that a certain level of piracy or its threat might actually be beneficial and should, therefore, exercise some moderation in their anti-piracy efforts.”