Microsoft has confirmed that its old Office assistant Clippy, the animated paper clip character, is not making a comeback, at least not anytime soon.

Earlier this week, rumours of Clippy’s return sparked after it made a one-day appearance as an animated pack of stickers for Microsoft Teams which were released on the Office Developer GitHub page, The Verge reported on Friday.

However, the company has dismissed the possibility of Clippy’s comeback.

“Clippy has been trying to get his job back since 2001, and his brief appearance on GitHub was another attempt,” The Verge quoted a Microsoft spokesperson as saying on Friday. 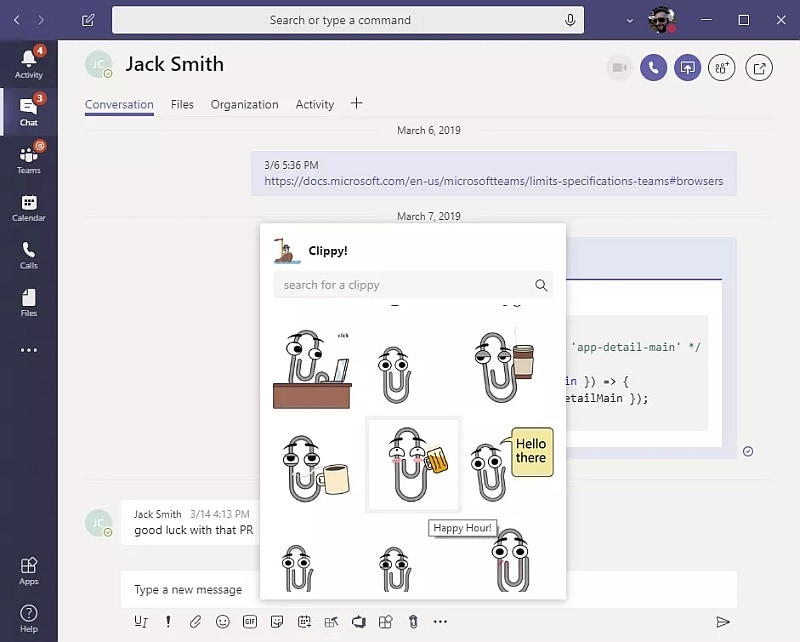 “While we appreciate the effort, we have no plans to bring Clippy to Teams.”

The Windows-maker has now killed the GitHub project associated with Clippy for Microsoft Teams.

“A source familiar with the situation at Microsoft tells that the ‘brand police’ inside the company weren’t happy that Clippy had appeared in Microsoft Teams and immediately ordered the brutal firing of the anthropomorphic paperclip,” the report said.

However, surrendering to the nostalgia of the good old 90s days, fans have filed a user petition, gathering votes to bring Clippy back.